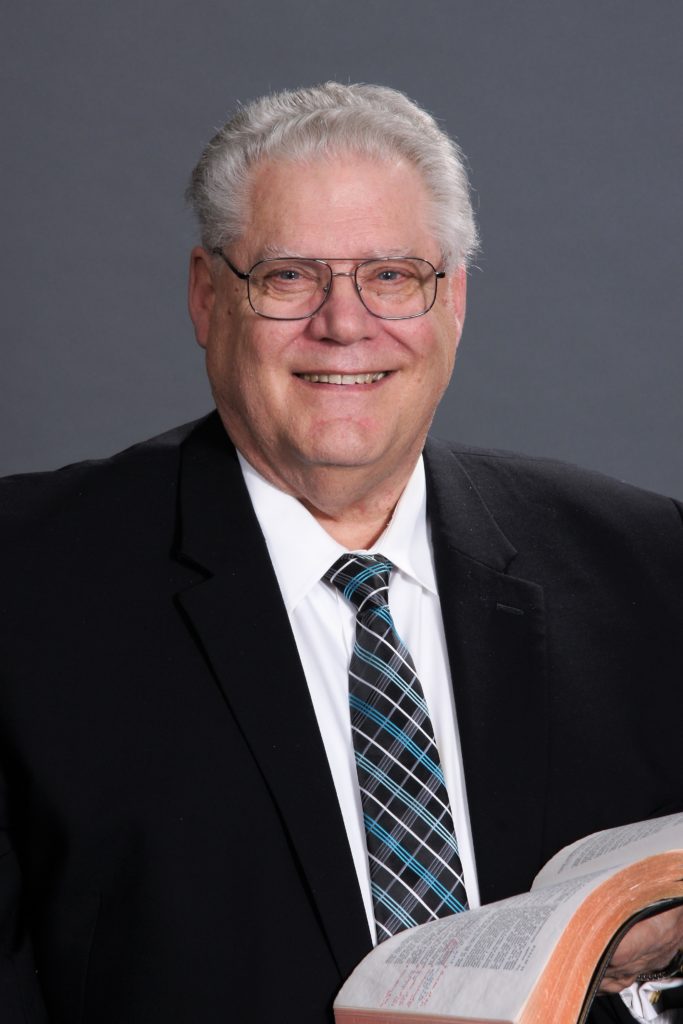 EVANGELIST KEN LYNCH is himself the product of evangelism, having accepted Christ as his Savior in 1962 at the age of 15, the result of evangelistic meetings held in a church near his home. Three years later, while a student at Bob Jones University, Ken felt the Lord’s leading and surrendered to the call to preach.

After graduation from BJU in 1969, the Lord led Ken and his wife Barbara to an independent Baptist church near Media, PA where he served in such capacities as Youth Sponsor, Sunday School Superintendent, and full-time Minister of Music and Evangelism. Barbara went Home to be with the Lord on January 10, 2018.

In the Fall of 1977, Ken and his family entered the field of full-time missionary-evangelism. Since that time he has conducted more than 1,300 crusades in nearly every state more than 25 countries, having made at this time more than 50 mission trips.

AS A PREACHER, Ken ministers to fundamental, Bible-believing churches of any size, but has a special burden to help smaller, often struggling, churches. He is a powerful, fervent preacher who has a profound respect for the authority of God’s Word, preaching it fearlessly and uncompromisingly from a heart of love with a burden for lost souls.

AS A MUSICIAN, Ken traveled extensively during high school as a violinist with a gospel team representing a well-known area Christian camp. He is also a former member of the Springfield (PA) Symphony Orchestra. In addition to his studies at Bob Jones University, he also studied under such men as Jerome Wigler of the Philadelphia Orchestra, Edgar Ortenberg of the Settlement School of Music in Philadelphia, and with concert violinist, Alvin Rudnitsky.

The Lord has blessed Ken with a wide musical ministry on a variety of instruments. In addition to his 1767 violin he also plays the musical glasses, vibraharp, Filipino bandura, and Clavinova. His music is, by conviction, conservative, carefully avoiding any modern “contemporary” sound. He has recorded a number of sacred albums and developed an internationally used seminar entitled “Gospel Music: Blessing Or Blight?” He is also the author of more than a dozen books.

BELIEVING GOD’S PROMISE that He will supply all our needs according to His riches in glory, Ken has made a firm policy of not setting any kind of a financial “minimum” or “fee” of any kind for his meetings. Assuming that the church where he is ministering will cover the necessary expenses (travel, meals, promotion, etc.), each crusade is a FAITH MINISTRY  as Ken looks to the Lord and the Lord’s people for whatever offering is received.